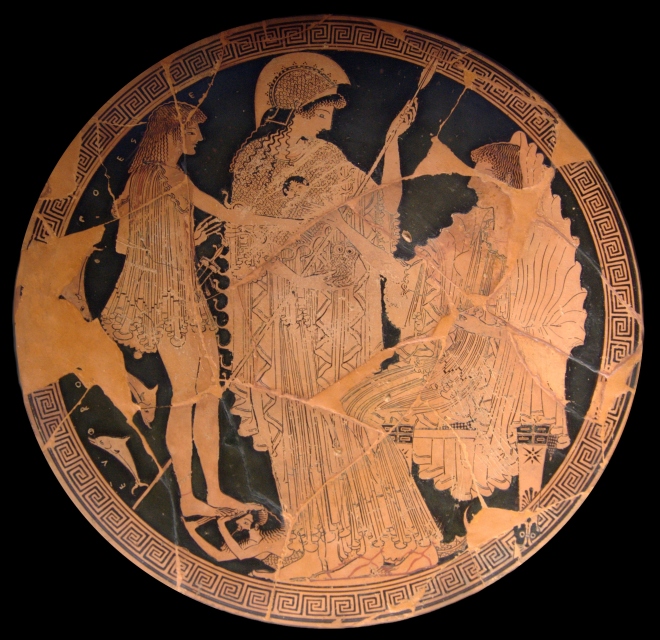 New York, Metropolitan Museum of Art 53.11.4: Attic red-figure cup by the Briseis Painter with Theseus and Amphitrite (interior) and Theseus and Triton (exterior)

Pausanias 1.17.3: one of wall paintings by Mikon in shrine of Theseus in Athens

The painting on the third wall is not intelligible to those unfamiliar with the traditions, partly through age and partly because Micon has not represented in the picture the whole of the legend. When Minos was taking Theseus and the rest of the company of young folk to Crete he fell in love with Periboea, and on meeting with determined opposition from Theseus, hurled insults at him and denied that he was a son of Poseidon, since he could not recover for him the signet-ring, which he happened to be wearing, if he threw it into the sea. With these words Minos is said to have thrown the ring, but they say that Theseus came up from the sea with that ring and also with a gold crown that Amphitrite gave him (Greek text).